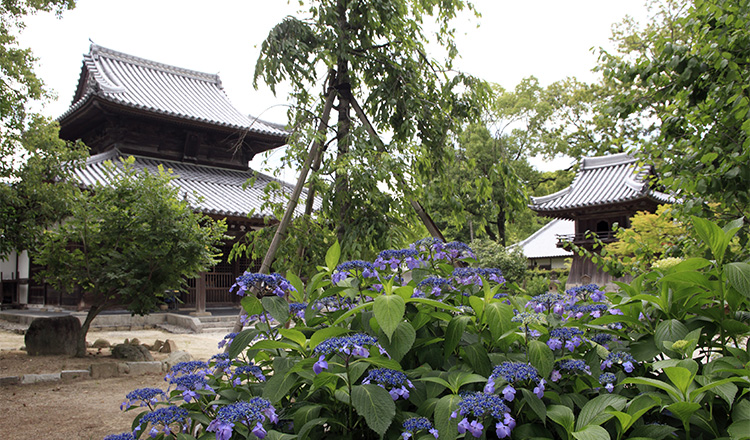 Kaidan-in is a picturesque Zen temple down a narrow gravel path leading from Route 76, the main road running through the center of the city. It can be reached on foot from Dazaifu Station in a little under 20 minutes. The most scenic route to the temple is along the banks of the Mikasa River. 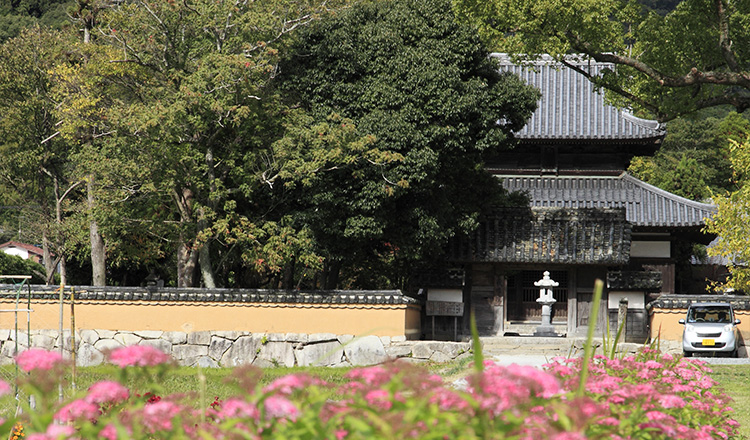 Small in size, but once an important part of nearby Kanzeon-ji, Kaidan-in dates to the 8th century when it was first constructed as an ordination hall for novice monks. At the time, one of just three official ordination halls in the country, novice priests would travel from around western Japan to be ordained here.
This sacred ordination site was founded by Ganjin, an influential priest from China who was also involved in the founding of Nara's Toshodaiji-Temple, one of the most important temples in the history of Japanese Buddhism. Symbolic of Buddhism and its journey to Japan by way of the Silk Road, an offering of soil from India, China, and Nara is said to have been made at the time of the temple's construction. 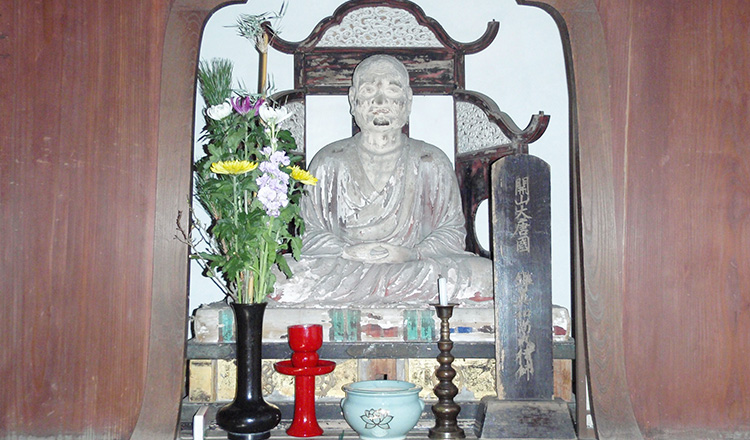 After entering the grounds through the main gate, you will see the main hall directly in front of you. Within the hall there are three beautifully carved Buddhist statues, designated important properties for their immense cultural value. The main figure is a 12th century image of the Cosmic Buddha, intricately carved from hinoki cypress and covered in gold leaf. 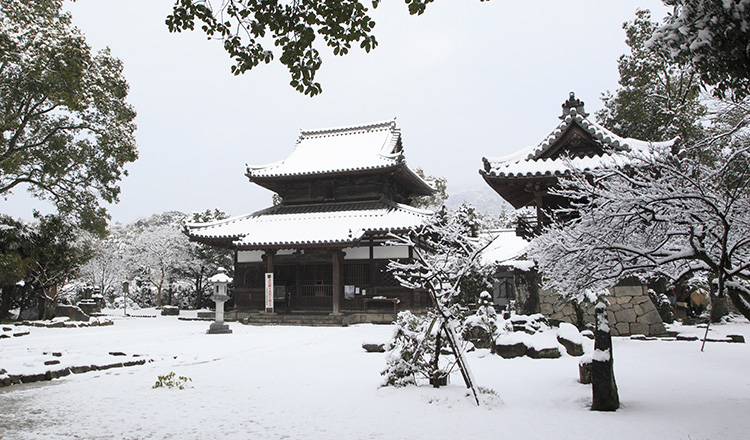 Flanking the Buddha are two standing bodhisattvas. The figure on the Buddha’s left is the Miroku Bosatsu, believed to bring universal salvation in the future. On the opposite side is the deity of wisdom, the Monju Bosatsu. Japanese people commonly pay homage to the Monju Bosatsu for success in educational endeavours.
From Kaidan-in, it is a short walk to nearby Kanzeon-ji Temple. Do not miss the collection of Buddhist statues at the Treasure House. 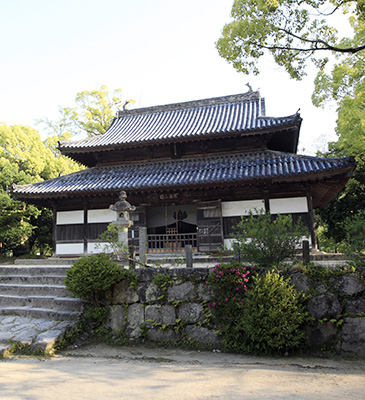 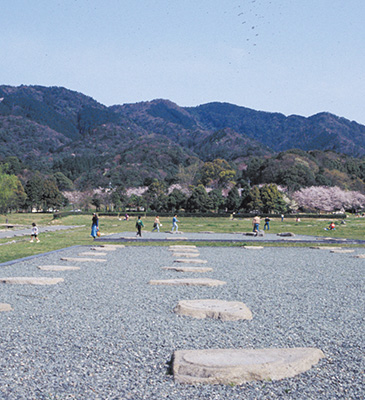