This scenic walking tour starts at Dazaifu Tenmangu Shrine before heading to 7th century Kanzeon-ji Temple, a former mega-temple that played a key role in the history of Buddhism in Japan. It finishes with time to explore the Dazaifu Government Office Ruins—the political center of Japan’s western capital. 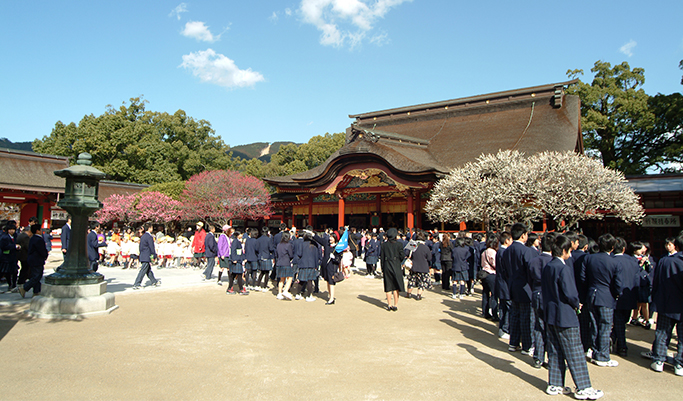 Founded in the 10th century, Dazaifu Tenmangu Shrine’s expansive grounds are great for strolling. The shrine is dedicated to Michizane Sugawara, a 9th century politician and scholar deified and worshipped as the Shinto god of literature and learning. It is the head shrine of 12,000 Tenmangu shrines across Japan.

You approach the shrine by crossing a foot bridge with vermillion railings over two ponds. The beautifully lacquered main shrine building dates from 1591. Clusters of plum trees dot the grounds and there are numerous atmospheric sub-shrines to be found throughout the grounds.

The splendid treasure house, a short walk from the main hall, is well worth a visit. Exhibits display works of exceptional cultural value such as ancient swords and historical documents, including the Kan’en, a tenth century encyclopedia which is listed as a national treasure.

The Kyushu National Museum is a 10-minute walk along a picturesque path through the grounds. The exhibits introduce the history of both Japan and Dazaifu in a clear and interesting fashion.

There are plenty of places to stop off for a bite to eat or a coffee around the shrine. There’s also a small amusement park that children will enjoy nearby. 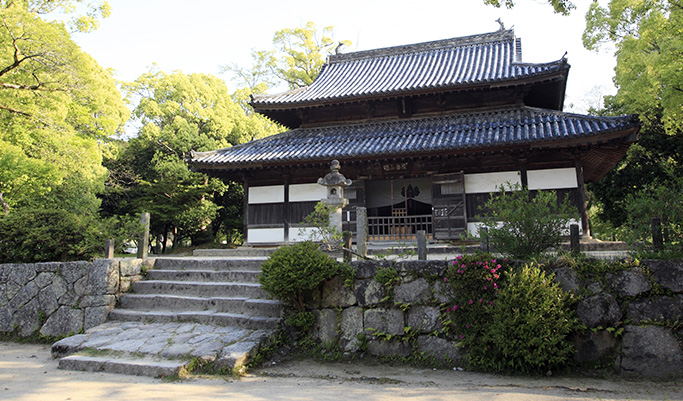 Seventh century Kanzeon-ji Temple was built to commemorate Empress Saimei following her death in nearby Chikushi. It was Dazaifu's most important temple. In later years it became a place for novice priests to be officially ordained. Kanzeon-ji was one of only three ordination sites across Japan and as such became the head temple for Kyushu. The remains of the ordination platform are now a part of the adjacent Zen temple Kaidan-in.

At its height, Kanzeon-ji consisted of about 49 sub-temples spread across Dazaifu. Most were lost to fire over the centuries and abandoned, but its main hall and lecture hall have survived. Both date from the late 1600s.

Kanzeon-ji’s temple bell is another highlight. Cast before the year 698, it’s one of the oldest bells in Japan. It hangs in the temple’s bell tower and is a national treasure. 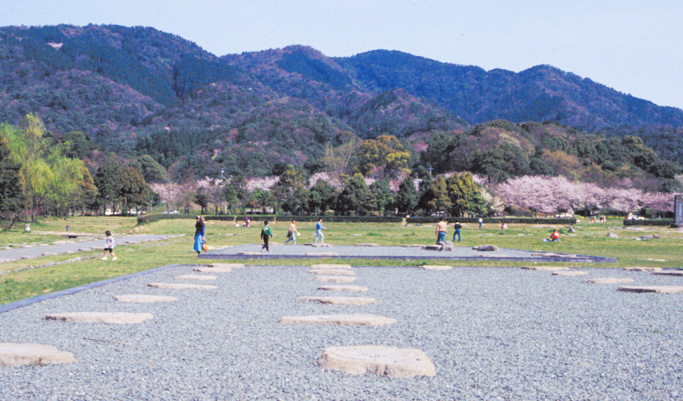