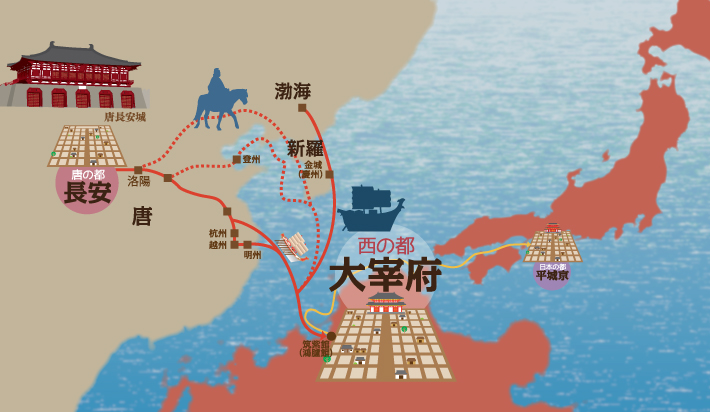 The country which prospered most in Asia was China during the Tang Dynasty. Japan sent “envoys to the Tang Dynasty” many times and obtained a lot of cultural assets and advanced information to use in its development of the country. Heijokyo, ancient Nara was modeled on “Chang’an” the capital city of the Tang Dynasty and Awata no Mahito, who was one of the envoys who actually saw “Chang‘an” the capital of Tang, got involved in the construction. When Heijokyo was completed, Awata no Mahito was appointed Sochi(Governor of Dazaifu), and he also built a capital like city there.

See all
Before
Next