【National Historical Site
（Kanzeonji precinctand sub-temples ruins,attached Roji tile kiln ruins）
National Important Cultural Property（Sculpture）
Prefecturally Important Tangible Cultural Property（Architecture・Craft）】
This temple was built in the memory of the late Empress Saimei by her son, Emperor Tenji. There were as many as 49 sub-temples in the area, and even now foundation stones from temple buildings remain, giving evidence to the prosperity of this temple in ancient times. The temple had a Bugaku band that played music and performed dances that originated on the continent. Some masks of Bugaku Ryoo and Nasori (a nationally important cultural property) still remain. Also remaining is a burial mound for Priest Genbo, who conducted the Buddhist memorial service that marked the completion of the temple. Ganjin, a priest of the Tang dynasty and Kukai a priest who went to the Tang dynasty stayed here. The first commandments of Japanese Buddhism were likely delivered here, helping to make this temple one of the three official ordination halls in Japan. An ordination hall still operates at Kaidan-in. The 16 Buddhist statues placed in the temple (nationally important cultural properties) were sophisticated images made during the Heian and Kamakura periods, indicating that Buddhist culture continued to flourish in this area.
Even now, Kanzeon-ji (the Main Hall and Lecture Hall are prefecturally important tangible cultural properties) and Kaidan-in (the Main Hall, Bell Tower and Bell are prefecturally important tangible cultural properties) stand to pass down the light of Buddhism to current generations. 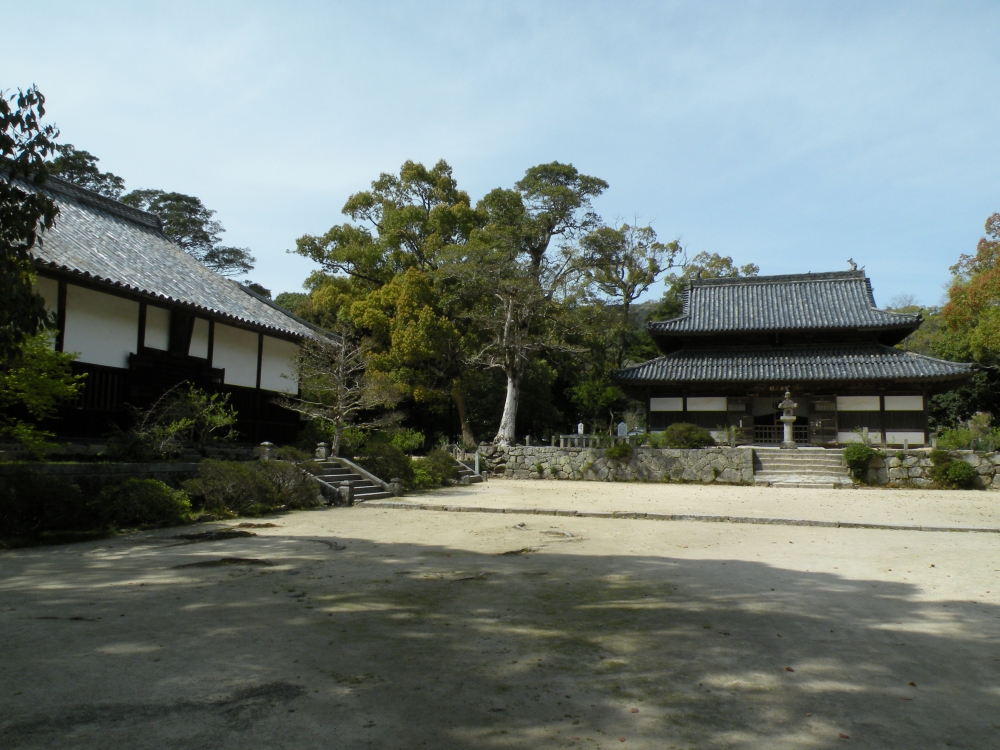 Empress Saimei headed to Baekje (One of the three kingdoms of ancient Korea which ceased to exist in the year 660) to restore it. However, she died in Tsukushi (Fukuoka) in the year 661.
Kanzeon-ji Temple was built on the wish of her son, Emperor Tenji in memory of her. It took about 80 years to complete and held a memorial service for the finished Garan (a complex of temple buildings) in the year 746. In 761, “Kaidan-in” was also built for delivering the commandments of Buddhism.
Kanzeon-ji Temple was called “Fu-no-odera (A Large Temple of the Province)” and it was the top Buddhism temple in Kyushu. 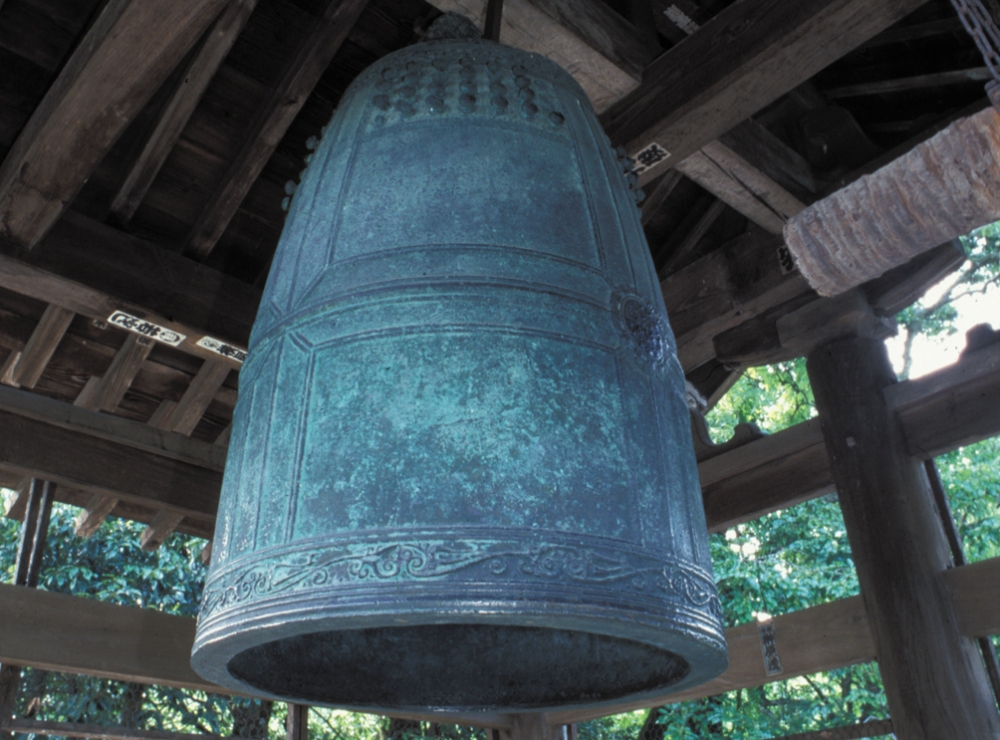 This is the oldest bell in Japan, belonging to the bell tower of Kanzeonji Temple. This is the very bell that Sugawara-no-Michizane wrote about in a Chinese-style poem titled “Mon wo Idezu.”
It is still used today, and rings as clearly as it did in ancient times. 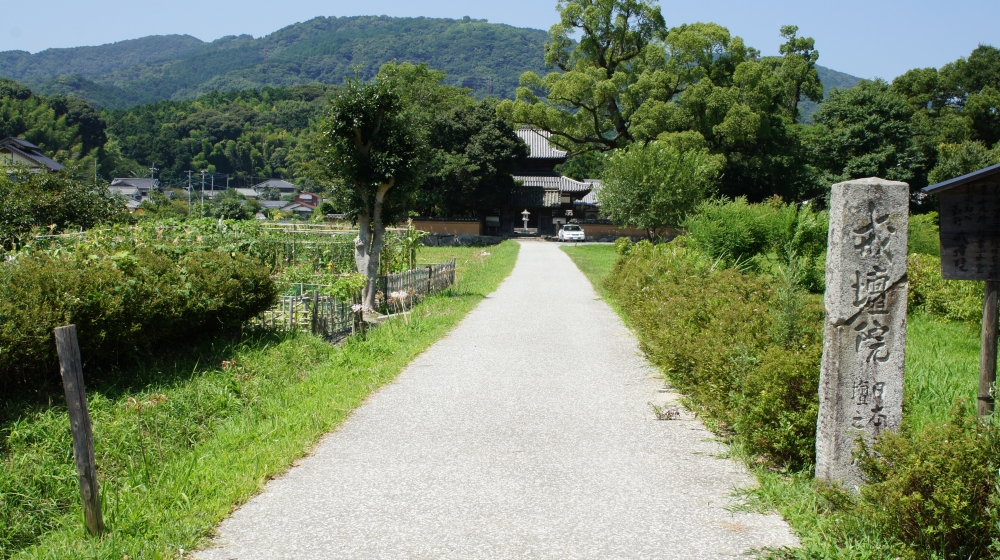 “Kairitsu” is a religious commandment that monks have to follow. Followed this receiving ceremony, a person became a priest or nun.
This Buddhist commandment was brought by a monk named Ganjin from the Tang dynasty. Ganjin finally came to Japan after 6 attempts during which time he lost his vision. On the way to Heijokyo he stopped at Kanzeon-ji Temple and in December 735, he presented the first Buddhist commandment in Japan.
In the year 761, Kaidan-in was built in Kanzeon-ji Temple as a place for delivering the commandments of Buddhism in Kyushu. Along with Todai-ji Temple (Nara) and Shimotsuke Yakushi-ji Temple (Tochigi), it was included among “Three Official Ordination Halls in Japan”. 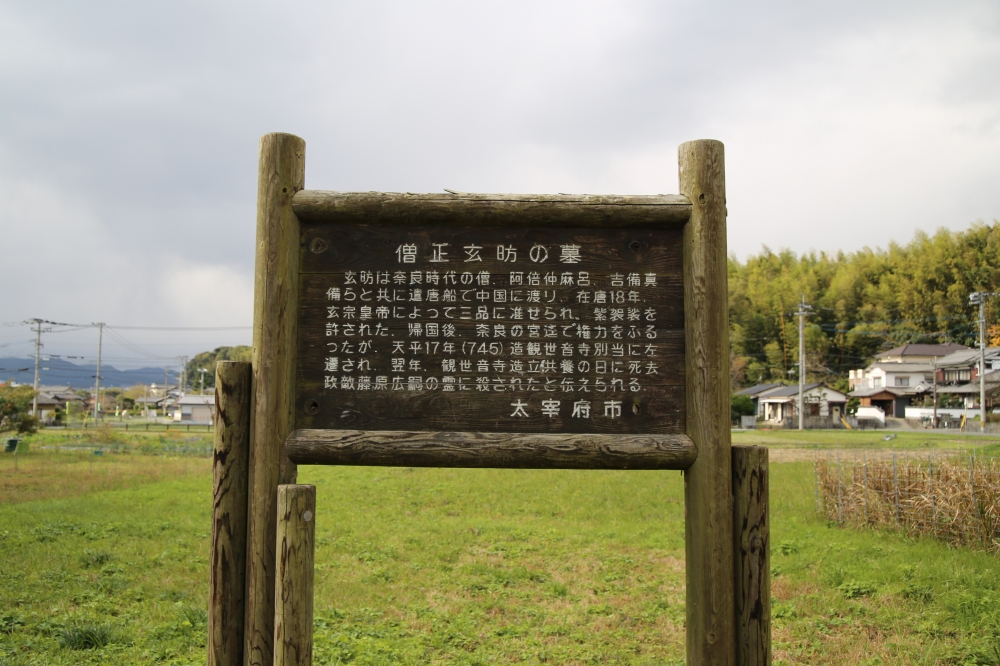 There is a stone tower known as a grave of a monk named Genbo at the northwest side of the Kanzeon-ji Temple main shrine.
Genbo went to the Tang Dynasty and lived there for 18 years. He was approved by Emperor Xuan Zong and received a purple Buddhist priest’s stole. He came back to Japan in the year 735 and became a pillar of administration but he provoked opposition from some people. Fujiwara-no-Hirotsugu incited a revolt to eliminate them in Dazaifu but he was captured and killed.
Genbo was demoted as a supervisor of building Kanzeon-ji Temple in the year 745 and held a memorial service for completing the project, but he died suddenly on that day. It is written in a history book that Genbo was killed by an apparition of Fujiwara-no-Hirotsugu.