The hall was an official residence for officials who were transferred from the national capital. The South Hall is known as the place where Sugawara no Michizane lived while in exile. After that, Fujiwara no Korenori, the Senior Governor of the time, built Jomyo-in Shrine to console the spirit of Michizane in 1023. In 1101, Oe no Masafusa, Provisional Governor of Dazaifu, started a Jinko procession linking this place and Tenmangu. This site is now home to Enokisha Shrine. There is a Kyakukan (guesthouse for foreign delegations) site nearby, and this area offers an image of how Suzaku Road appeared in ancient times. 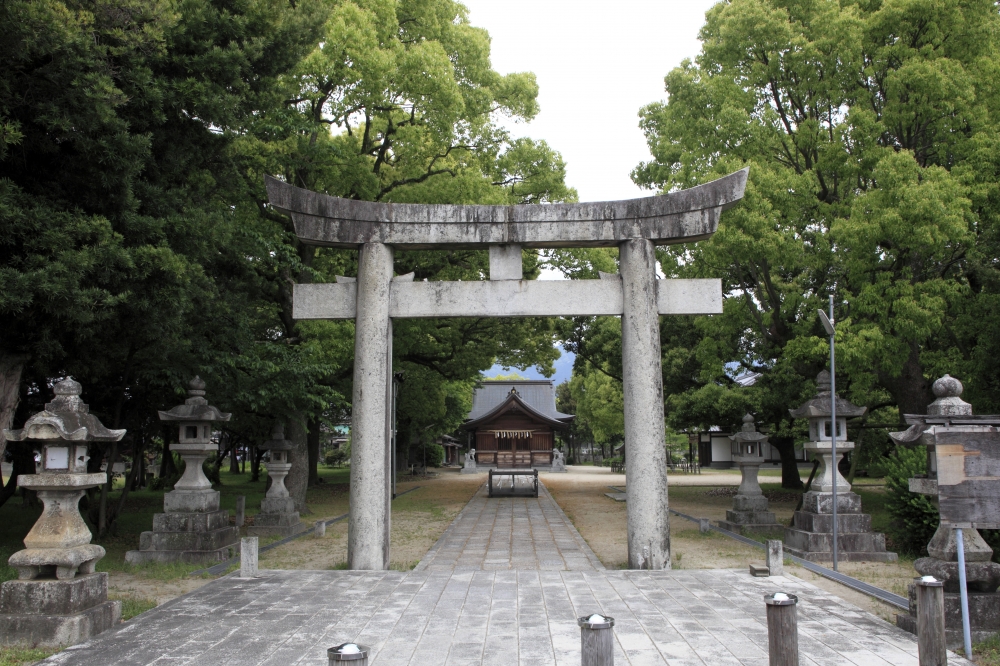 This shrine is located on the west side of Suzaku Road which continued from the center of Dazaifu Government Office.
This site of South Hall was the official residence for public officials who were assigned from the Imperial Court there and it is known as a residence of Sugawara no Michizane.
The building in the center of the main shrine is called “Otabi-sho”. It is the place where Michizane’s spirit stays one night during the Jinko Festival. Behind this building, there is a small shrine called “Jomyo-ni Hokora” for Jomyoni who took care of Michizane and also there is a memorial service tower for one of Michizane’s children Beni-hime. 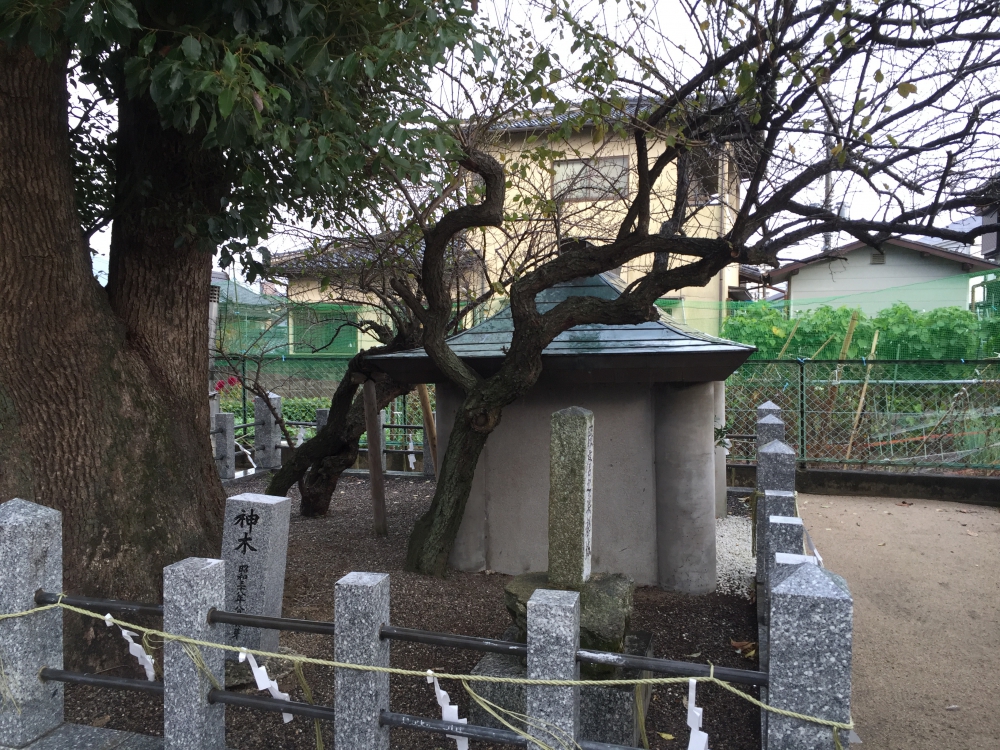 Going about 150-meters east from Enoki-sha Shrine leads you to “Kumamaro’s grave” which is the grave of one of Michizane’s children who died in this land located on the top of the hill.
A plum tree by the side of the grave is known as a unique plum tree with six-petaled blossoms. 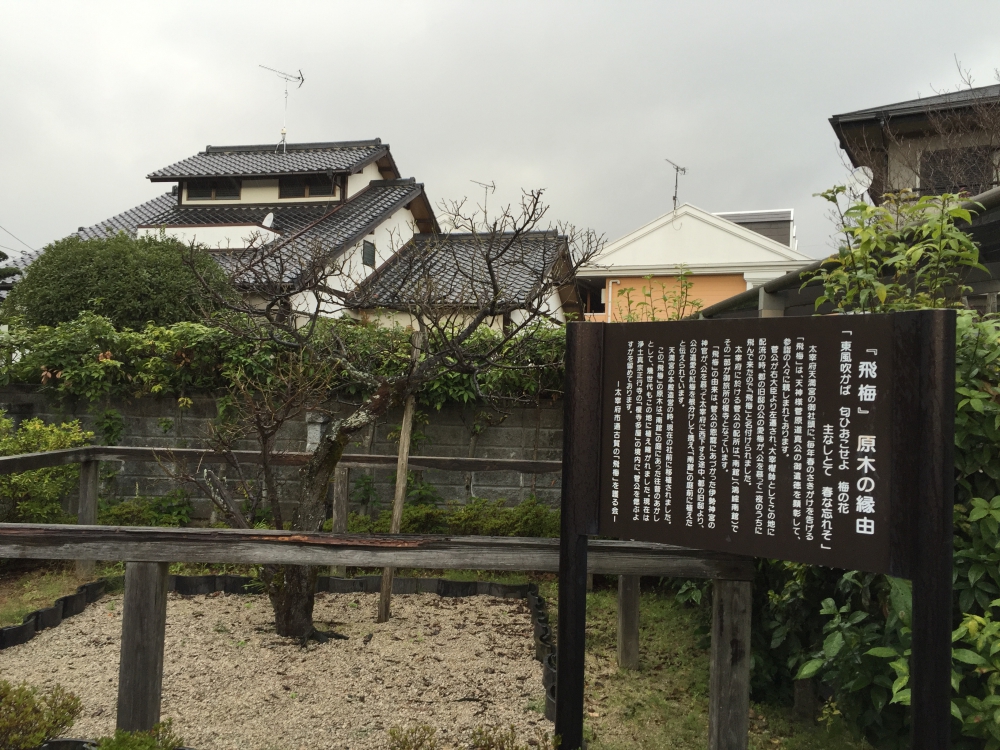 On the day Sugawara no Michizane was demoted to Dazaifu, he was composing a waka (Japanese style poem) about a plum tree in his garden.
His plum tree missed him so it flew to Dazaifu from Heiankyo (Kyoto). This is “Tobiume” (Flying Plum).
Later Tobiume was transplanted beside the main shrine building of Dazaifu Tenmangu and in the original place where the plum arrived, they planted its seed. This original place is called “Tonokoga no Tobiume” and it’s located close to Enoki-sha Shrine which is Michizane’s haisho (the place where a criminal is sent)