【National Historical Site】
This is one of the Kokubunji Temples constructed nationwide under the orders of Emperor Shomu. Wood tabs related to census registration were discovered around this site, suggesting that there were related facilities for Chikuzen-koku Province, such as a provincial office nearby. The surrounding landscape still retains some remnants of that era. 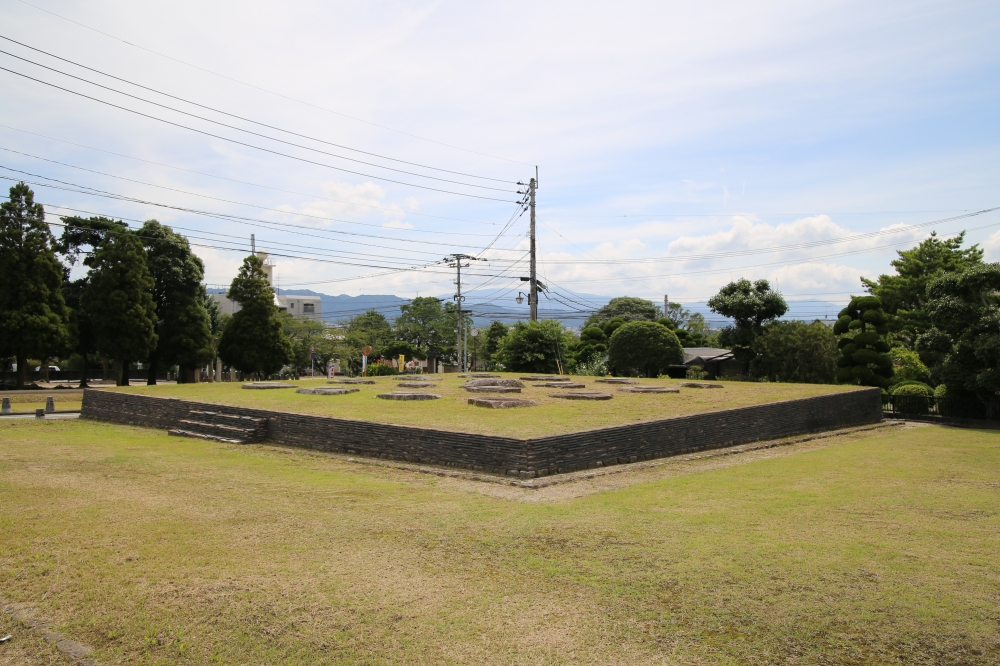 In the year 741, Emperor Shomu announced that he would build Kokubun-ji Temples for monks and Kokubun-niji Temples for nuns all over Japan and place Buddhist scriptures in Shichiju-no-to (Seven-Story pagoda). Thus Chikuzen Kokubun-ji Temple was the earliest built temple in Kyushu, completed inthe year756.
Investigations of ruins of halls and towers have been done and partially maintained. 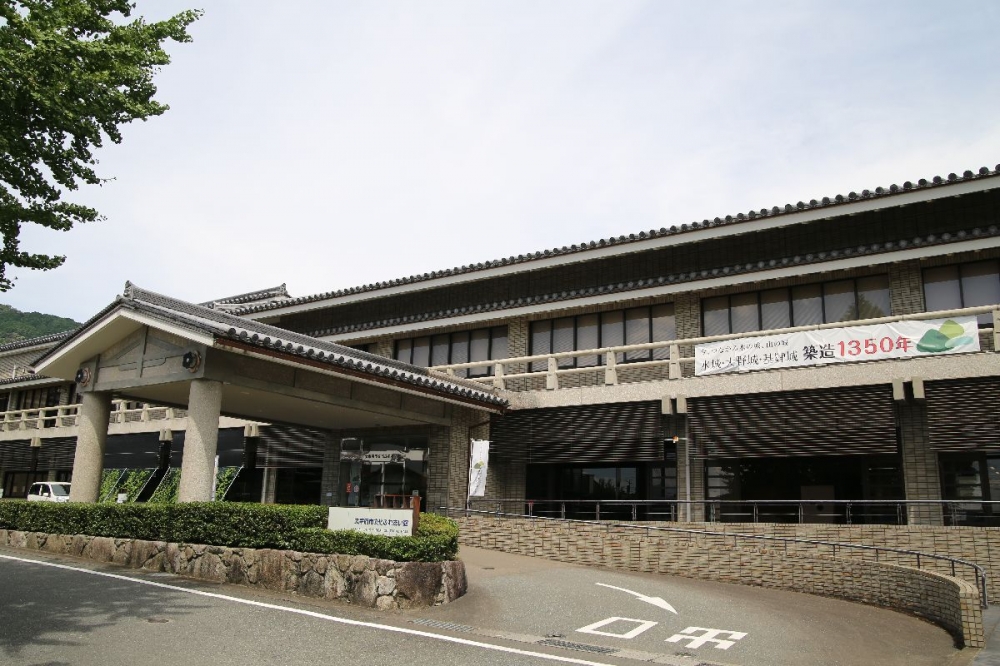 This is the central facility of the “promenade of history” which runs from Dazaifu Tenmangu shrine to the Ruins of Mizuki fortress.
There are many projects and exhibitions that help you to connect with the histories and cultures of Dazaifu. You also can’t miss the 1/10 scale model of the Chikuzen Kokubun-ji Temple Shichijunoto(Seven-story pagoda). 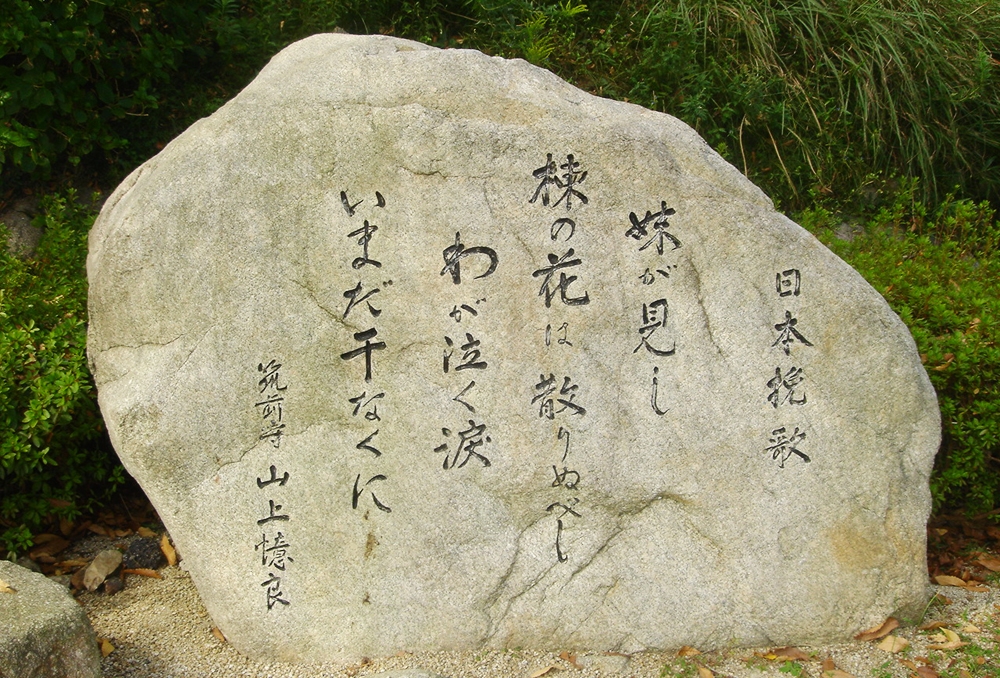 Man'yo Kahi (a monument inscribed with a poem)

About 320 waka were composed in Tsukushi and recorded in the Man'yoshu (Collection of Ten Thousand Leaves), the oldest existing collection of Japanese poetry.
There are some famous waka such as "Baika no En (Plum-blossom Party)" which was composed by public servants from provinces in the Saikai-do (Kyushu) Region at Sochi (Governor of Dazaifu) Otomo no Tabito’s official residence in Dazaifu. And also soldiers who were sent from the eastern provinces of Japan to fortify the border area, called Sakimori composed “Sakimori-no-uta” (waka of a soldier). Another famous waka is “Hinkyu mondo ka" (Dialogue on poverty) by Yamanoue no Okura about the distressing condition of the poor and about the collection of tax by the village chief. Besides these waka, there are many other waka describing scenes of Tsukushi region vividly.
These composers of waka are called “Tsukushi Manyo Kadan”.
Manyo Kahi (monuments inscribed with a poem) are located in various locations in the city and they are attracting many from other prefectures. 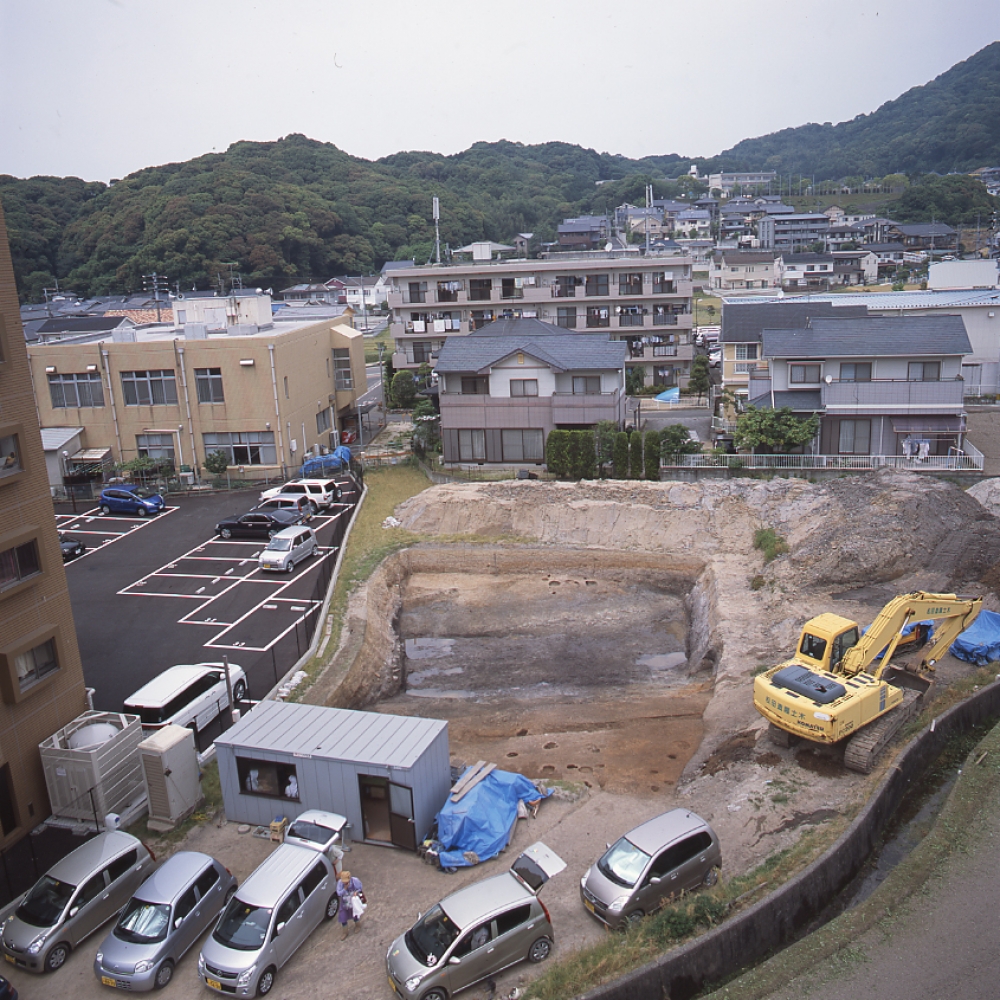 Mokkan is a wooden table with writings with Chinese inks.

In 2012, before building condos, excavation research was done and 13 items of Mokkan were found at the location. Mokkan of people’s names, heads of families and soldiers from the late seventh century were found.

That was the first proof of the fact that a family register system was in use in the seventh century in Japan and is considered to be an important discovery. 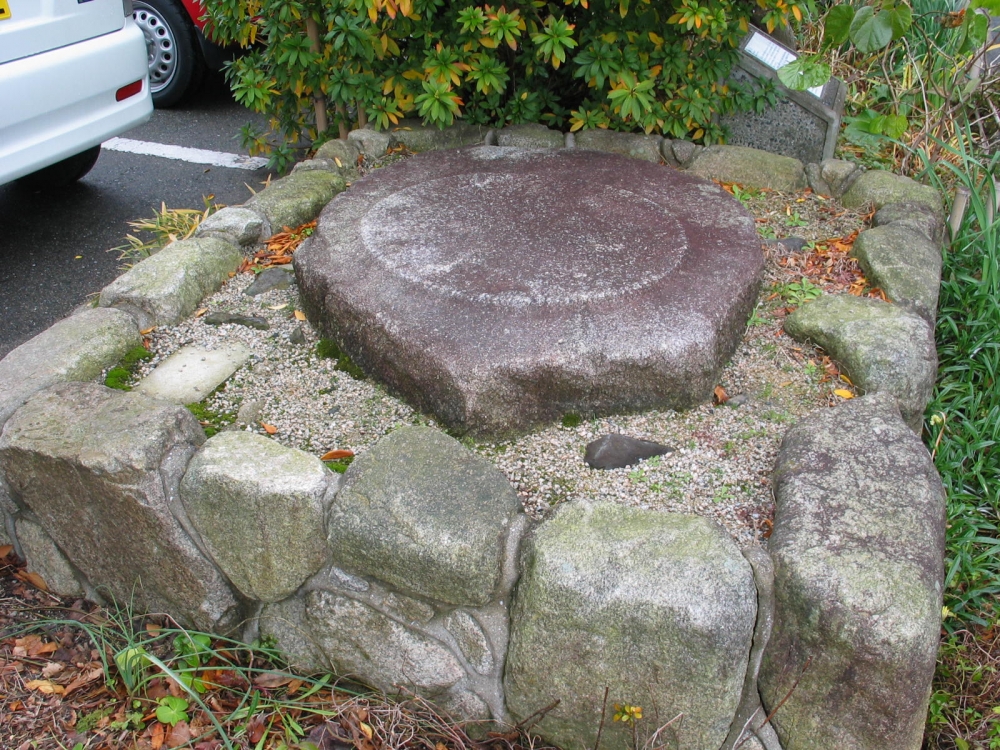 The foundation stones of where it is supposed Chikuzen Kokubun-niji Temple (nunneries) was. Currently, it has been moved to the front of Kokubun community center.