【National Special Historical Site】
​This ancient mountain fortress was built 1350 years ago (665 AD) in cooperation with nobles who defected from the Baekje Kingdom (one of the ancient nations of the Korean Peninsula). The fortress was built to take advantage of a beneficial and natural landform. It is comparable to the Buso-Sanseong Mountain Fortress in Buyeo, the capital of Baekje, and shows us, along with the Mizuki Ruins and others, how Baekje castles would have appeared. Visitors to this site can enjoy panoramic views of Dazaifu and on clear days the view extends to the distant Genkai Sea. 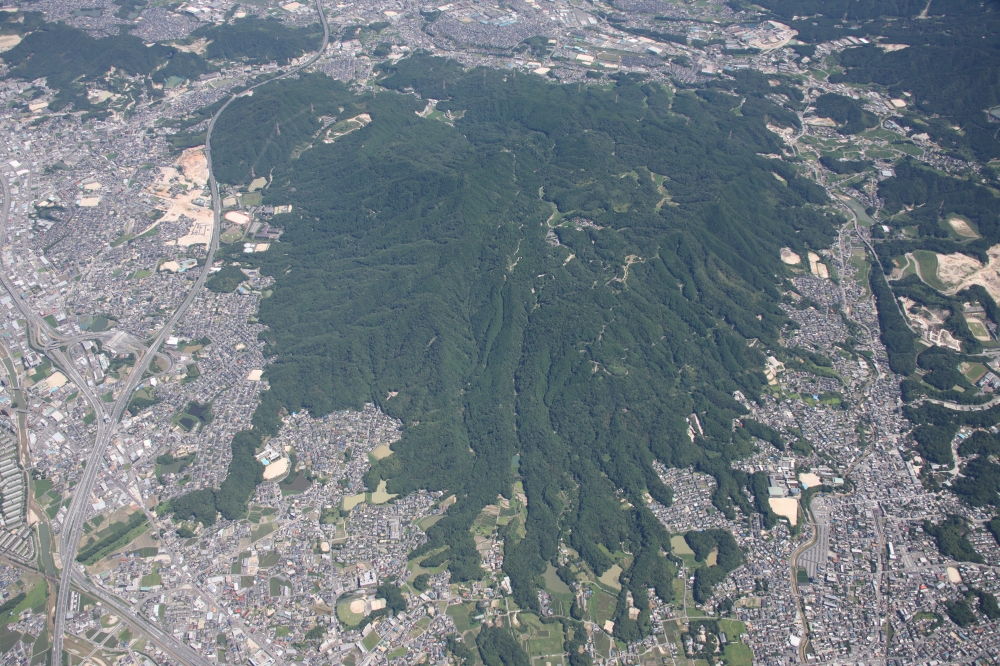 Ono-jo is a fortress soaring high above “The Western Capital” on top of Mt. Shiouji to the North. It was built in the year 665 and was used for about 200 years.
It is Japan’s biggest ancient mountain fortress measuring about 1.5km from east to west, about 3km from south to north and is surrounded by clay and stone walls with a total length of about 8km. Once Dazaifu was developed, its cluster of warehouses served to store tokoku (rice in the husk) and weapons.
In the 8th century, “Shiou-in” (temple) was built to receive the help of Buddhism to stand up against the Silla dynasty. 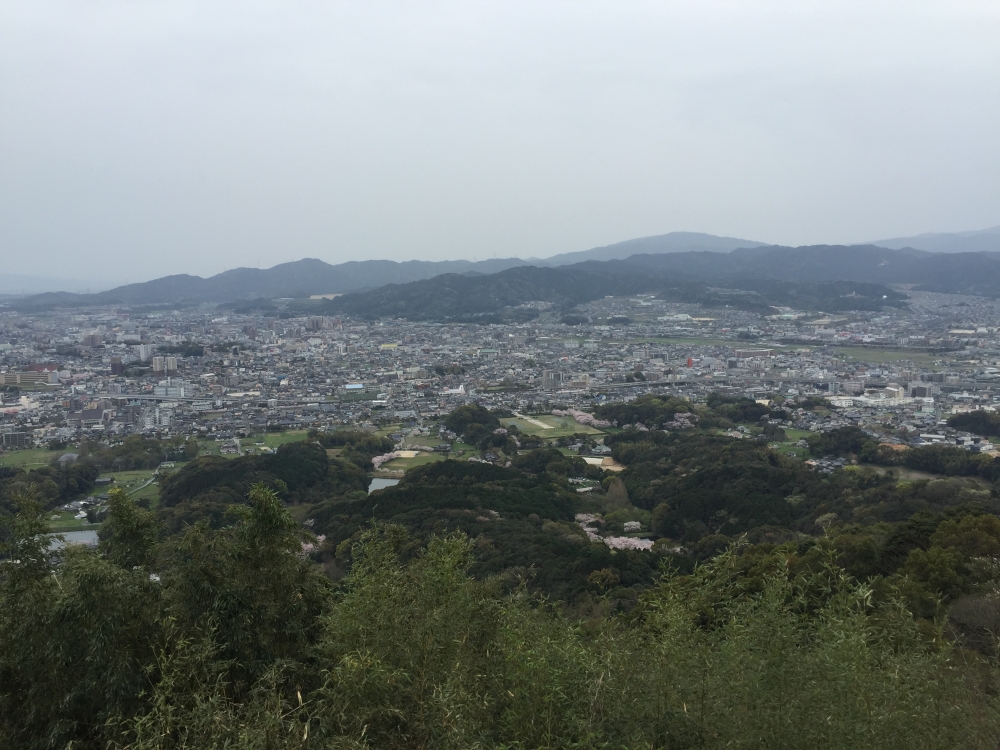 Iwaya-jo Castle is a castle ruin from the medieval period.
In July 1586, Takahashi Jouun from Otomo clan (from Oita) with just over 700 soldiers defended the castle from 20,000 soldiers of the Shimazu clan (from Kagoshima) who were aiming to conquer the whole of Kyushu. All 700 soldiers and Takahashi Jouun died in the battle. It is known as the battle of Iwaya fortress. Meanwhile, Toyotomi Hideyoshi arrived and that gave him an opportunity to conquer all of Kyushu.
This place has a nice view. You can see a panoramic view of “The Western Capital” Dazaifu. 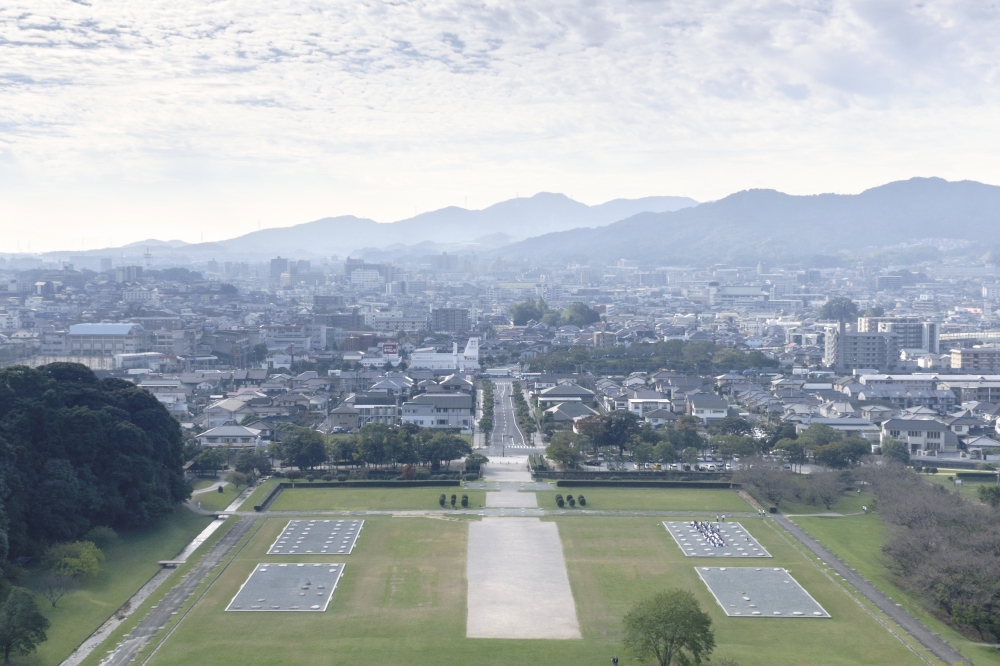 Kii-jo was a fortress built on the top of a mountain at the south face of Dazaifu Government Office.

It was built along with Ono-jo fortress in the year 665. It was surrounded by clay walls and stones walls with a total length of about 6 km and ruins of its fortress gates have been found in four locations today. This fortress was used as a place of escape in case of emergency, and in times of peace it was used as a place to store rice grains.

If you look out from the government office, you can see that a south to north road extends from there and a center line runs through between the two peaks of Kii-jo fortress. This same pattern can be seen in Chang'an and Luoyang in the Tang Dynasty and also in Heijo-kyo in Nara. It is considered that “The Western Capital” was designed by using Kii-jo fortress as one of the standards.